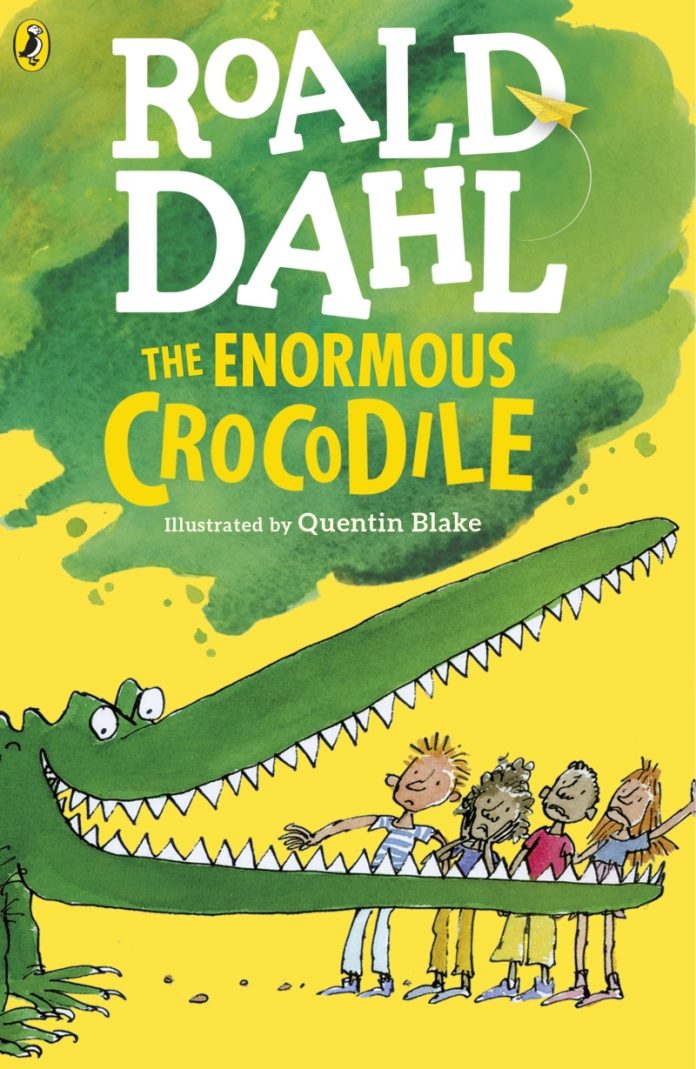 Books for children should be bright and colourful featuring tales of fluffy happiness and wonder, shouldn’t they? I don’t think anybody explained that to one of the world’s best storytellers Roald Dahl. Dahl wrote a number of children’s books, books for adults, poetry books and even the screenplay for the James Bond film You Only Live Twice. His books are still read and enjoyed by children all around the world today. In 1978 he published his eighth children’s book; this was called The Enormous Crocodile. This isn’t a chapter book but just one long tale.

Anybody that has seen a crocodile knows that they are big. But The Enormous Crocodile is much bigger and he is hungry. He has a favourite snack, and he has a desire to eat it. But what is so tasty that the Enormous Crocodile will do anything to get it? Children, yes small human children. But children are hard to come by, so The Enormous Crocodile comes up with a cunning and secret plan involving some tricks to get the very special snacks that he craves. As he thinks he the bravest animal in the land, it shouldn’t be a problem. The other jungle animals have some other ideas though and plan to thwart his attempts and put an end to his greediness.

Crocodile is so sure that he will be able to sneak up on the children and snaffle himself a tasty snack that he wanders around the jungle telling all the animals he meets what he is up to “I’m going to fill my hungry empty tummy with something yummy, yummy, yummy!”; everybody from Humpy-Rumpy, the hippopotamus, to The Roly-Poly Bird. They are not impressed with his plans and his greed, so he even threatens to eat the smaller animals like Muggle-Wump, the monkey.

But can the other animals stop the enormous crocodile, or will he obtain the adorable snack he desires?

Overall, The Enormous Crocodile is a dark and delicious tale about a nasty, greedy crocodile. A very hungry crocodile who is plotting and planning to catch and eat innocent and unaware children for his lunch, he so big and greedy that he wants at least three! But, as we all know, greed is never good, and the other good and kind jungle animals join forces to stop him.

The Enormous Crocodile comes up with some great plans to capture his prey, even posing as a coconut tree for the children to climb. The cunning plans get the young readers really involved and engaged with the story.

It is a dark and humorous tale that is delivered with the trademark humour and wit that only Dahl provide and one that children will adore (as long the enormous crocodile hasn’t captured and eaten them first). A fun and quick read that has been beautifully crafted with Dahl’s expressive use of language and it has been illustrated by the fantastic Quentin Blake to make the story come more alive.

A fun and quick read.