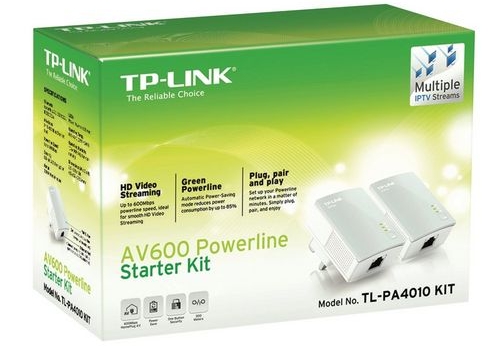 An internet is a must have these days, we all have it on our mobile phones and lots of people have it at home. With more internet connected devices in the home, smart speakers, tablets, phones, television, games consoles, heating controls and even fridge freezers you need a reliable service. But what do you do if you can’t get a reliable wireless connection?

In my house the wireless connection is not the best, it must be the way the house is constructed as even with the router in the same room as the laptop the signal isn’t great. I have still had to run a cable around the room to have the laptop hardwired for a more reliable and stable connection. This isn’t a big deal as I prefer a cabled internet connection anyway. My real problem was connecting when I wanted to connect the Smart TV in the bedroom to the internet so I could watch Netflix and NowTV. My wireless connection in the bedroom was non-existent. I really didn’t want to run another ethernet, especially through the walls, so I bought a wireless extender which solved the problem (and no putting holes in the wall).

The TP-Link PA4010KIT AV600 Nano Powerline Starter Kit contains 2x 600Mbps 10/100 Ethernet Powerline ports, 2x 1 metre Ethernet cables and instructions. Each powerline has features 1 ethernet port on it. The idea of the powerline is that is turns every 3-pin power socket in the house into an internet outlet. As long as the device you are using has a ethernet port (there are also versions available that act as a wireless extension as well, you can see more here) you can plug into the box and get internet. I think that this is an excellent idea, especially for houses like mine with a terrible wireless signal.

As it is such a good idea, you are probably thinking that there must be a complicated way to configure it and get it ready for use? It really isn’t. In fact, it could not be simpler; you just plug it in and you’re good to go.

I am using the powerline with my television in the bedroom. It is a Smart TV so does have a wireless connection, as mentioned previously, the signal isn’t great. I then plugged one of the powerlines into a plug socket near my router and used the supplied ethernet cable to plug into the router. I then plugged the other into the bedroom and again used the ethernet cable to connect the powerline to the ethernet port on my television. The two powerlines automatically detect and pair to each other, no configuration needed. My television is now receiving an uninterrupted internet connection, so I can watch Netflix and internet streaming without any signal loss. The powerlines also feature 128-bit AES encryption built-in to them to protect your data.

I have been using the powerlines for a while now, streaming video (SD and HD) to the television in the bedroom and haven’t had one dropped connection. The powerlines work over a distance of up to 300 metres so should work in every room in my house. They are also equipped with a power saving mode, so when they are not in use they reduce their power consumption by up to 85%.

If you require more connections throughout the house (or office) then other powerlines can be added to the network to give you connections in other rooms (as long as the power sockets are on the same electricity fuse board you shouldn’t have a problem).

Overall, I am very impressed with the TP-Link Powerlines. The TP-Link PA4010KIT AV600 Nano Powerline Starter Kit is an excellent piece of kit and relatively inexpensive way to extend your internet connection into other rooms with no fuss, no cables running throughout the house and not relying on a wireless connection. They are suitable for streaming tv, movies and music, gaming and home networking needs.

They are extremely easy to install as no configuration is needed, so anybody can install them in minutes.