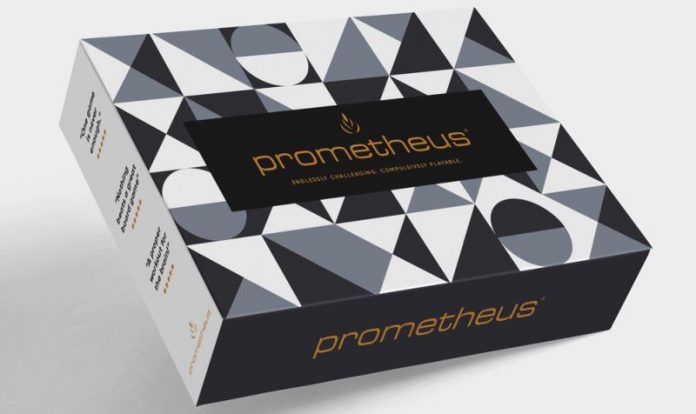 We have lots of board games in our house and have regular game nights where we play a lot of the games. We enjoy playing the games as a family and have a lot of fun (yes, even the surly pre-teen that says she doesn’t but always gets really into them). Whilst we do have classic games such as Monopoly and Scrabble, we don’t have the classic strategy games of Draughts or Chess, both of which have been around for 100s of years. That isn’t to say we don’t like them; they are games the adults played lots over the years, we just don’t seem to have got around to buying either set and introducing the kids to them.

Draughts and Chess are strategy games with the aim of capturing your opponents’ pieces, with Chess having more moves available to make. In Draughts you must capture all your opponents’ pieces, whilst in Chess your aim is to capture your opponent’s King piece. They are very different games but the thing they have in common is that strategic forward thinking is a very import skill and the key to winning. Draughts is always considered a much simpler game than Chess, but played properly a lot of strategic thinking is required, just like Chess.

A new board game for a new era

Chess has a reputation for being complicated and difficult to learn – as someone who has played since childhood, I hadn’t really considered this, but my girlfriend has always wanted to be able to play but has felt learning it would be intimidating, so hasn’t got round to it. Now there is a new game that is very similar to rival Chess, one that is easier to understand and where gameplay is a lot faster. This game is called Prometheus and we were asked to try it out. It is a game that is described as “easier and quicker to play than chess, more intriguing than draughts, and more exciting than both” – a lot to live up to then!

Because we tend to play a lot of family games with the kids, with four players, it was a treat to try out a new game just for two players, and a game that requires logic, strategic thinking, planning and daring to be able to win.

Prometheus is a strategy game, invented by former teacher and head of maths Christopher Curtis, where the aim to capture your opponent’s pieces (Pyras, Tetras and Cubes) to ultimately capture their Sphere piece. If you have ever played draughts you will know that it is played with 12 identical “counters”. Chess is played with six different piece types that can move in various fashions. Prometheus is played with three different piece types that move backwards, forwards and sideways, just not diagonally and they have different move values depending on how many vertices (corners) each piece has: a cube has eight vertices, a pyra has five vertices, a tetra has four vertices and a sphere has zero vertices (so cannot move and stays in a fixed position on the board).

Set up and play is simple, the real challenge is to see your way past your own and opponents moves to always be a least one step ahead. Each player picks a colour that they want to play with (gold or black) and places all the cube pieces on the back row, pyras (the bigger of the pyramid pieces) are placed on the second row and the tetras (the smaller of the pyramid pieces) are placed on the third row. Now each player will have a sphere piece left over – you will have to place this on the back or second row, sacrificing a cube or a pyra.

To play, each player has to make a starting move by moving one of their tetra pieces by up to four spaces (backwards, forwards, left and right moves, no diagonal moves, and pieces cannot be jumped). On the first opening moves no pieces can be taken. Moves are then taken in turns, strategically capturing your opponents pieces with the aim of taking the sphere. The winner is the player that takes the sphere.

We absolutely love the game of Prometheus and cannot recommend it enough. It is more complex to play than draughts and easier to play and understand than chess, it still requires good logical and strategic thinking to win. With gameplay of approximately 20 to 30 minutes it is also quick to play a good few rounds.

It does take three of four plays to really get into the swing of the game and understand the nuances between the pieces and their movements, but after that it is a very addictive and extremely enjoyable game.

The adults loved playing it together, as did the kids. It really is a simple game, but a challenging brain workout that is suitable for players aged 7+. Our youngest player was just nine and she loves it (and can hold her own against us adults).

Prometheus is a game that encourages cognitive skills, problem solving skills, promotes brain growth, and is excellent for helping with teaching tactics, planning and forethought.

This will be a definite winner over the coming weeks, months and years – it will have the longevity of chess and draughts. Quick game play and lots of fun without the complexities of chess.

For more information or to buy, visit www.prometheusconcept.com.