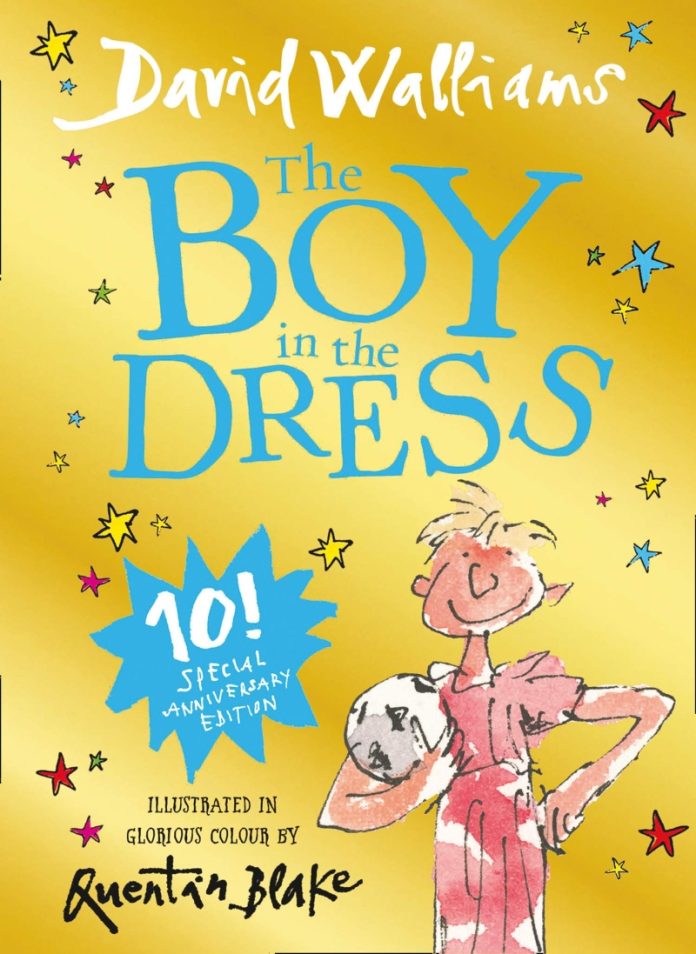 Most people have heard of Roald Dahl, his fabulous children’s stories are still being read today and some have even been turned into movies. And if you love Dahl, you will most certainly love another children’s author that is considered to be in the same vein as the master storyteller, the multi-talented David Walliams.

David Walliams, the man off the telly. The comedian, actor and television personality (older readers may know him from shows like Little Britain and Britain’s Got Talent, whilst younger readers may know him as a very successful children’s novel author). In 2008, he wrote his debut novel for children. The book was The Boy in the Dress, illustrated by the illustrator of Dahl’s books – Sir Quentin Blake. It is a humorous book that also explores several real themes such as the camp humour of cross-dressing and effeminacy. His foray into children’s literature clearly worked, so far having sold over forty-five million copies of his books around the world and they have been translated into over fifty-five languages.

But let’s get back to the boo, after all that’s why you’re here. The Boy in the Dress is about Dennis. Dennis is a slightly neglected 12 year old boy. He lives in a boring house in a boring street in a boring town (although let’s clear something up straight away, this book is ANYTHING BUT BORING!). Since his mother left him, his brother and his very depressed father he feels different. Why did he feel different, you ask? Well, there is a small clue in the title of this book.

Dennis is considered to be a typical boy and loves to play football; he is very good at it and is the best player on the school football team. But football is only one part of him, he also likes to look at fashion magazines – he loves to look at the dresses and the different styles but with no female role model in his life he has no one he can talk to about it. His father has become quite emotionless (he misses his wife and is depressed) and John, Dennis’ older brother, is very laddish, so he feels that he can’t speak to them about it, he feels that they wouldn’t understand – it’s such a confusing time for him. Then he befriends Lisa, the most beautiful and popular girl in the whole school. With her help he soon comes to realise that it is ok to be different and that by trying to stick to gender stereotypes just limits your choices.

Lisa James shares his love of fashion and designs and has the talent to make her own dresses. With Dennis’ love of fashion, she suggests that he tries on one of her creations but conforming to “gender roles” deemed correct by society, the football loving boy says no but the idea gets stuck in his head and actually starts to appeal to him. He decides to give it a try and feels liberated. Wearing a dress is one thing, getting accepted wearing it is another. He decides to put his new look to the test and starts at the local shop with Raj, the very jolly shopper. Dennis becomes Denise and Raj believes that Dennis/Denise is a girl. The next step up is to try and fool the entire school. But things do not go as planned – posing as a French exchange student, a female French exchange student at that, was always going to be a challenge for anybody, let alone a confused 12 year old boy.

Overall, this is quite an interesting story about gender roles, gender stereotyping, the freedom to be who you are and acceptance. It is very interesting and intriguing story with some quite sensitive themes at its heart. Dennis is struggling with who he is and how to deal with it; he is a typical 12-year-old boy that loves to play football, has a crush on the most beautiful girl in school and loves the look, style and feel of wearing a dress. It is funny and, in some places, hilarious story whilst tackling some quite serious issues.

David Walliams has written the story in a very sensitive way, handling a difficult subject with ease whilst managing to keep humour in the story. A story that shows the prejudices and acceptance of others and being who YOU are.

Whilst this is a very humorous story, written in a simple format for children to easily read and understand, it handles the topics of cross dressing, family/gender dynamics and friendships with empathy and great understanding, keeping the reader engaged and interested in the story. A heart-warming and funny story that handles the sensitive subject matter with feeling and humour.

The characters are all excellent. Dennis and Lisa complement each other extremely well and their friendship shines through the pages. Raj the jolly shopkeeper (he has to be my favourite character) who would try and sell water to a fish and manage it, provides a lot of humour as does Darvesh’s mum (Dennis’ best friend) whose love for her son is brilliant. Mr Hawtrey, the school headteacher, who just HATES children and is perfect as the villain of the story (although I would have liked to see him have a bigger role).

Quentin Blake has illustrated the story to complement the text perfectly and his drawings really do help tell the story and help you visualise it.

The Boy in the Dress is an unexpectedly charming story with lots of humour. It has been written in a way that is very sensitive to the themes being discussed, and in a way that children will understand and be able to take onboard the messages at the heart of the story – there is nothing wrong with being different, it shouldn’t matter what clothes you like to wear and to just be yourself in whatever form that takes whilst accepting others for who they are.

A good humorous tale that children will enjoy. Roald Dahl for the Gen Zs.