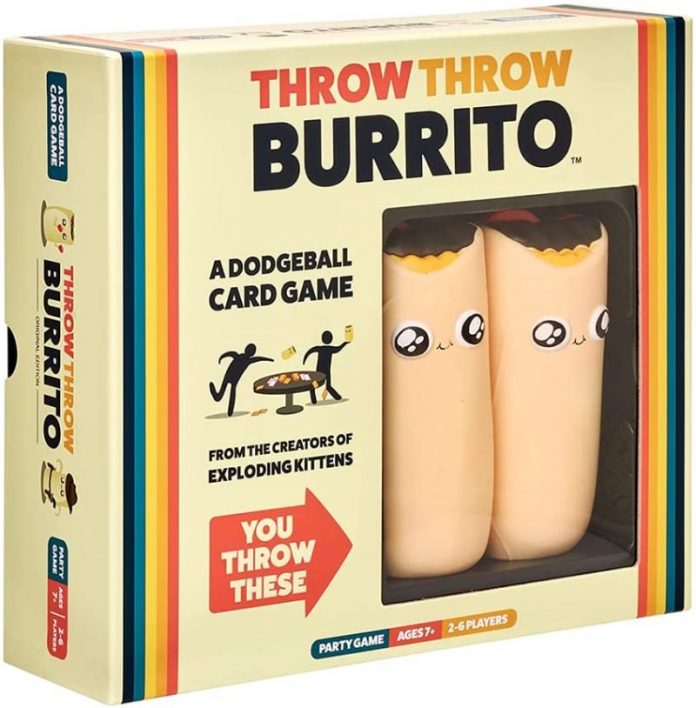 Life can be so frustrating at times; kids bickering over nothing, the queue in the supermarket seemingly getting longer and longer in front of you, the kids not getting the hang of their homework or too much stress at work etc. But what is frustration? Frustration is just an emotional response to stress, and these can be relieved in a variety of different ways. We have all suffered with frustration from time to time, we have all been there where maybe one of the kids has asked for one too many snacks or won’t stop asking inane questions. Maybe the other won’t stop looking at her phone screen or maybe your partner just won’t get up and make you a cuppa, after all once isn’t much to ask, is it? Maybe all this frustration leaves you thinking about throwing something across the room (sometimes at that little annoyance). Thankfully most of us don’t just go around throwing things at each other and find other ways to take out our frustrations.

In our house, board games are a great stress reliever. They are fun and enjoyable, get everybody around the table talking, playing and laughing together. And we have just received a new card game where we all sit around the table nicely playing cards until we have to jump up and start throwing things at each other. Yes, I said throw things at each other, and those things that we would throw would be in the form of burritos!

I bet you are already sitting there dreaming of launching a Tex-Mex snack across the room at your favourite annoyance, actually I mean loved one. Well sorry to disappoint you, you won’t be making a pile of burritos before this game with the aim of throwing them at your family members (unless you really want to, or you can just make some if you want a snack whilst playing the game of course). Whilst this game does involve throwing a burrito or two, happily it doesn’t use real burritos, that would silly, messy and quite frankly a waste of food and who wants to be cleaning up the contents of burritos from the walls and cupboards or even sofas! But you can do the next best thing and throw a soft and squidgy burrito at your nearest and dearest with the dodgeball family card game Throw Throw Burrito from Exploding Kittens.

During the summer months, we already played the outdoor version of this game that uses 3ft inflatable burritos and jumbo playing waterproof playing cards. We already knew how much fun this game was and were excited to be playing the indoor version, especially as the burritos are smaller and more manageable meaning more targeted and direct hits!

Throw Throw Burrito is a family game for 2-6 players, suitable for age 7 years old and upwards. The aim of the game is to win points over two rounds whilst having to avoid airborne missiles in the form of soft and squidgy foam burritos that take place during burrito brawls, burrito wars and burrito duels.

In the box there is:

You will need ample space to play as the card game is played sitting around a table, but the burrito battles need space to move around the room.

Setting up the game is simple. Just shuffle all the playing cards and deal around 15 cards to each player (this doesn’t have to be exact). These cards become that players draw pile. The remaining cards are then split into two piles and placed face down in the centre of the table, these become the community pile. The two burritos and the six burrito bruises are also placed in the centre of the table within each reach of all players. Each player draws five cards from their draw pile and looks at them. You are now ready to start playing and preparing for burrito battles.

Unlike most board or card games there is no taking of turns in Throw Throw Burrito, all players play simultaneously. Players have to try and match three cards the same within their hand by discarding cards and drawing new cards (this will be from their own draw pile or the community pile). Once a set of three cards that match have been collected, that player places these on the table in a new pile, their score pile – a matching set of three cards is worth one point. But the game is not that straightforward and would make the game very boring. Also in the pack are battle cards to collect, brawl, war and duel cards. If you can collect a matching set of these then it is time to grab those burritos and let the battle commence.

If you manage to collect a matching set of three of the battle cards you shout out the name of the set: BRAWL, WAR or DUEL and put the cards on the table in your score pile. At this point, all gameplay stops in anticipation of a burrito fight. Depending on whether brawl, war or duel a different battle will be played out.

If you have collected three BRAWL cards and remembered to shout BRAWL, the players to your immediate left and right will be the players going into battle. They will each need to grab a burrito as quickly as possible from the table and throw it at the other, the first to get hit loses the brawl. You can step away from the table to play and play continues until someone get hit.

If you have collected three WAR cards and shouted WAR, all players (except you) need to try and grab a burrito and throw it at an opponent, the first player to get hit loses the war.

If you have collected three DUEL cards and shouted DUEL, you can pick any two of your rival players to have a duel between themselves. They each need to take a burrito, stand back-to-back and start to step away from each other whilst saying, “3, 2, 1, Burrito”. On the word “Burrito” they can turn and throw their burrito, the first to get hit is the loser of the duel.

During these battles players can duck, dodge and even use other objects to block burritos coming towards them, they can even catch a burrito or use their own burrito to block, if successfully blocked or dodged this is a miss. Players can pick up burritos and carry on with the battle, but they cannot however hold both burritos at once. The loser of any of the battles takes burrito bruise and places it on their score pile (this is worth minus one point).

Overall, it is a very simple game to set up and play and the rules are easy to understand. You will need a room with a bit of space to play, but make sure any breakables or valuables are removed (pictures, glasses of water, granny etc.) as whilst the burritos and soft and squidgy foam they are being thrown around the room and are not always going to hit their intended target. With gameplay of around 15 to 20 minutes it is a quick and easy game to play, no questions need to be answered and the only thing players have to think about is their strategy when going into battle.

The battles are lots of fun and can be energetic so the more space and more players you have the better the fun. We love the fact the rules contain small room and two player variants. It even has rules for if you want to combine two copies of the game to be able to play with a larger group of players with more cards and more burritos.

The game is simple to understand, and we all enjoyed getting into battles, the kids more so than the adults (especially when trying to take out the adults). It is a fantastic fun game for all the family to get involved with and enjoy and definitely an excellent way to get the kids off the screens and help release some of the day’s frustrations.

Although we don’t like to encourage throwing things in the house, Throw Throw Burrito is a really fun and energetic family game and does work very well. We really would recommend it, just make sure you remove anything that could easily be broken from the room first to save any upset.

Throw Throw Burrito would make an excellent gift this Christmas or just as a family game to enjoy together over the festive season and beyond.

It is dodgeball on a smaller scale. Who will you lob your burrito at after Christmas dinner?

For more information or to buy, visit www.explodingkittens.com. Also available to buy from Amazon here.

DISCLOSURE: We received this product for free for the purpose of writing an honest and impartial review. All thoughts and opinions are our own. This review uses an affiliate link which we may receive a small commission from if you purchase through the Amazon link.